The 677 Coupe is the latest model in the Coupe range presented by Astondoa. The two premises that mark the aesthetics of the new yacht are exclusivity and sportiness.

Its aggressive and attractive exterior design is distinguished by its straight, angular lines full of strength and muscle.

The inverted, masked bow reflects exclusivity and aggression, while the stern of the bathing platform represents the sporty style of this new Coupe.

The deck exhibits a standardised ergonomics, where the finishing details such as the vitas, teak and handrails, among others, stand out.

The cabin rises aggressively at the bow, like the hull, until it stabilises elegantly at the stern.

The side view of the boat stands out, where a Coupe silhouette with an enormous glass surface is revealed, which in the interior driving area creates a front and side view, in a single glance, making driving easier for the pilot. 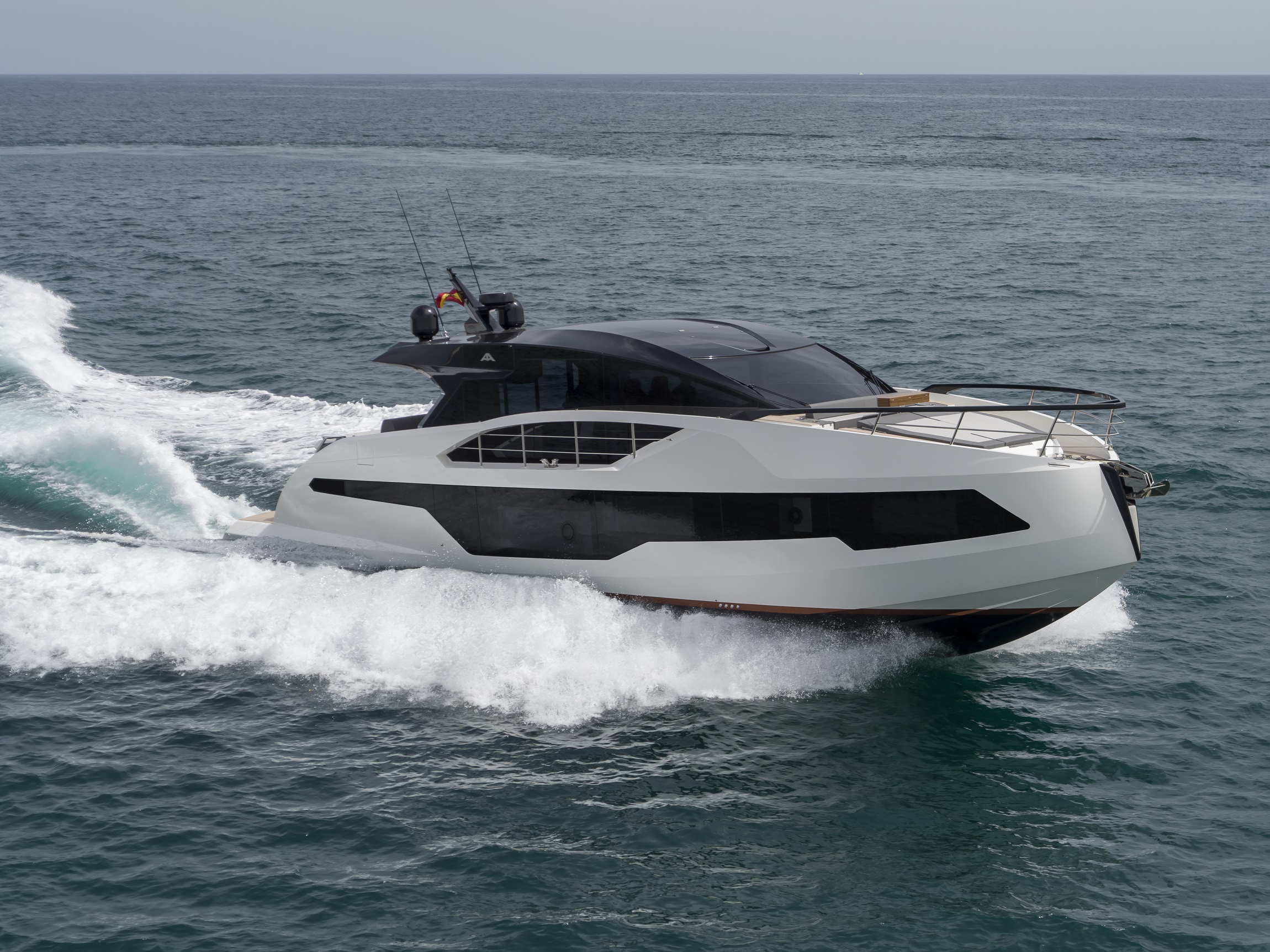 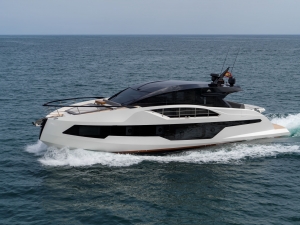 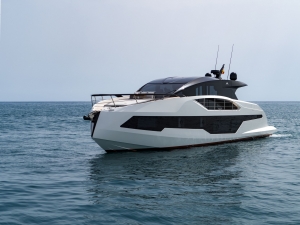 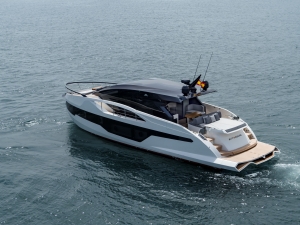 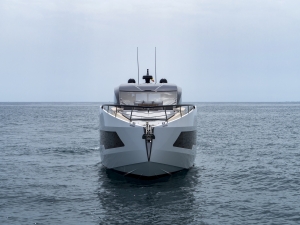 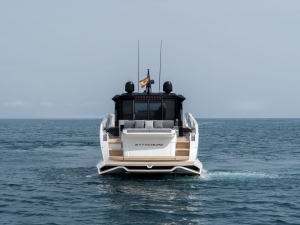 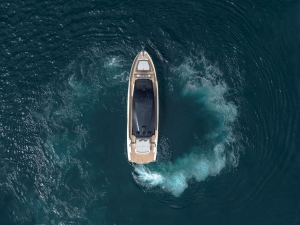 Aesthetic diversity and harmony in the interior

The interior represents another step forward in the decoration and finishes to which Astondoa has become accustomed, with two very distinctive features: the ceiling lighting and the design of the boat’s vertical walls.

The saloon, with its aesthetic diversity and unusual materials, is a harmonious, elegant and exclusive ensemble.

The cabins, both the owner’s and guest cabins, follow the same pattern of exclusivity and design that defines the rest of the boat.

Undoubtedly, one of the peculiarities of the 677 Coupe is the leading role played by the shipyard’s followers on social networks in its interior design, as they have been the ones who have chosen it, participating very actively in the online campaign carried out by Astondoa for this model. 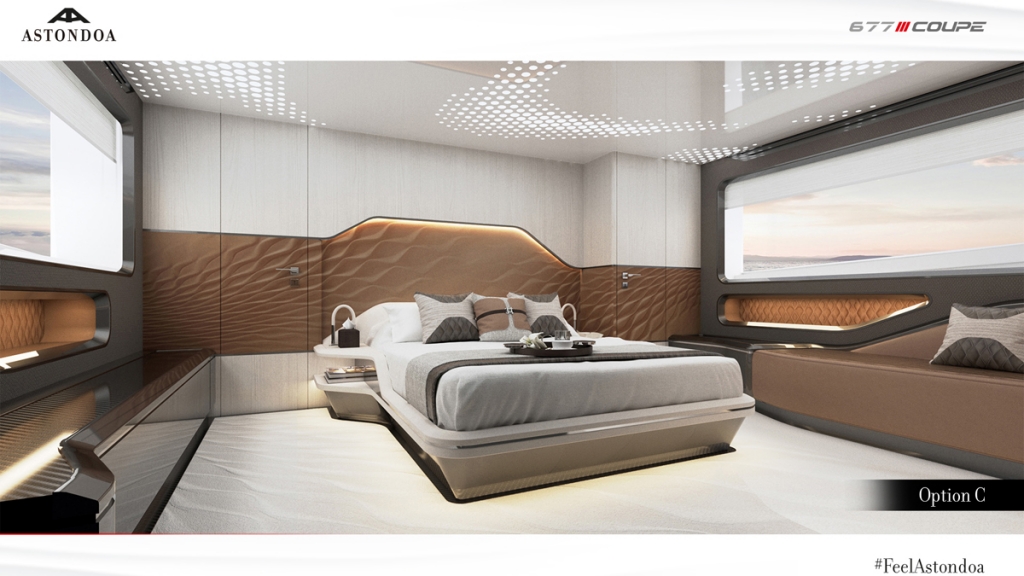