“It lives within you”, a story of tradition and family

ASTONDOA launches the campaign to present its new model As5, a five-minute short film with autobiographical touches of the history of the shipyard, the family, its dreams and its future

Tradition and future go hand in hand over 100 years and four generations. This is the essence of the new campaign that the Spanish shipyard, ASTONDOA, is launching today under the title “It lives within you“, a five-minute piece with which the shipyard activates the launch of its new model, the As5, which is making its debut at the first of the autumn boat shows, Cannes Yachting Festival, which opens its doors today.

The short film tells the story and dreams of a little girl, a dream that grows from a child’s fantasy, encouraged and supported by the love of her family, until it becomes a reality.  With this plot, with autobiographical overtones, the ASTONDOA team wants to reflect the connection between its origins, its centenary history and its future. This all comes together in the new As5, the second model of the innovative As range, which the shipyard launched in autumn 2020. 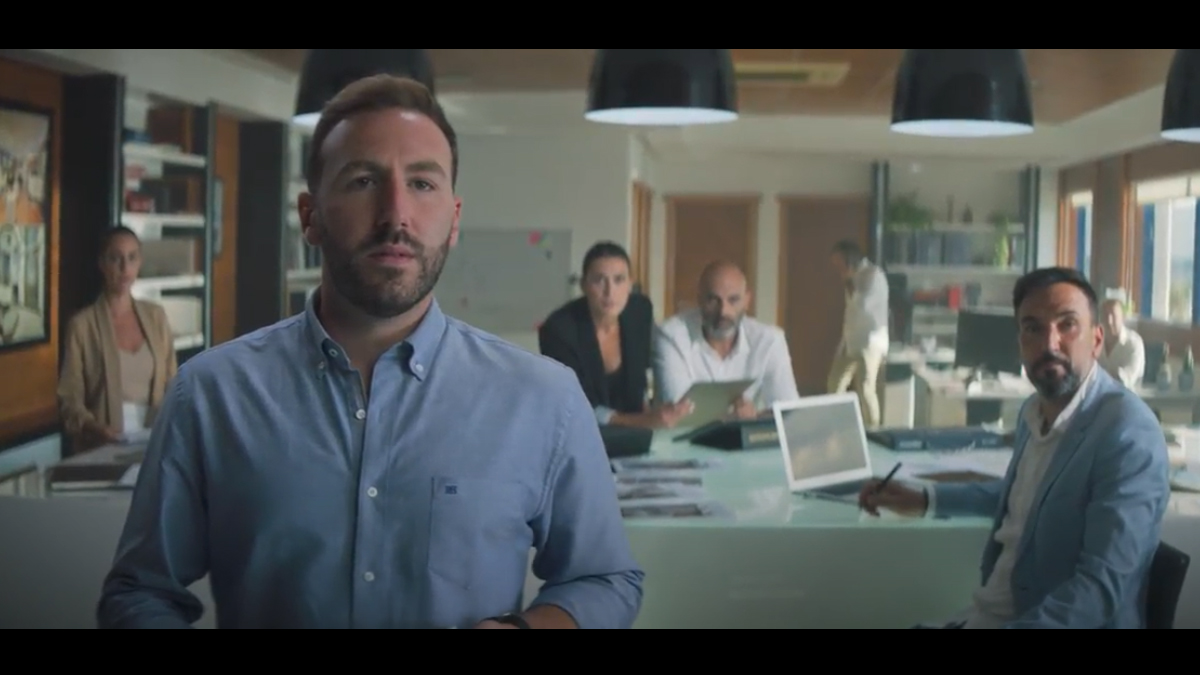 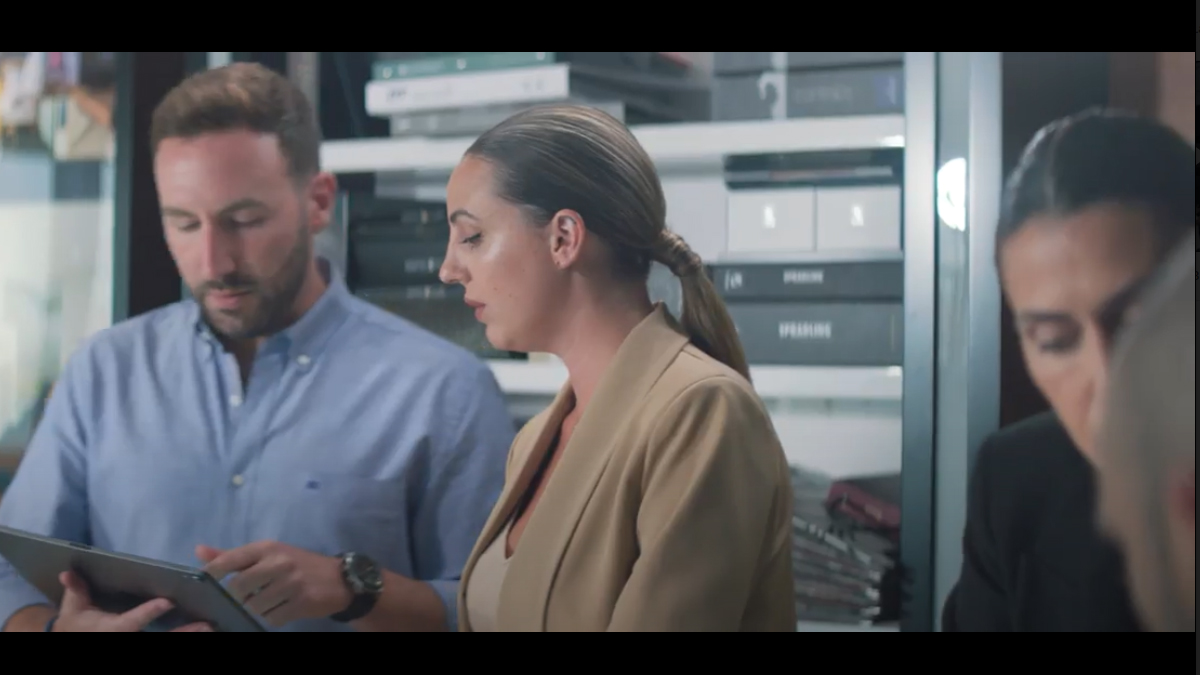 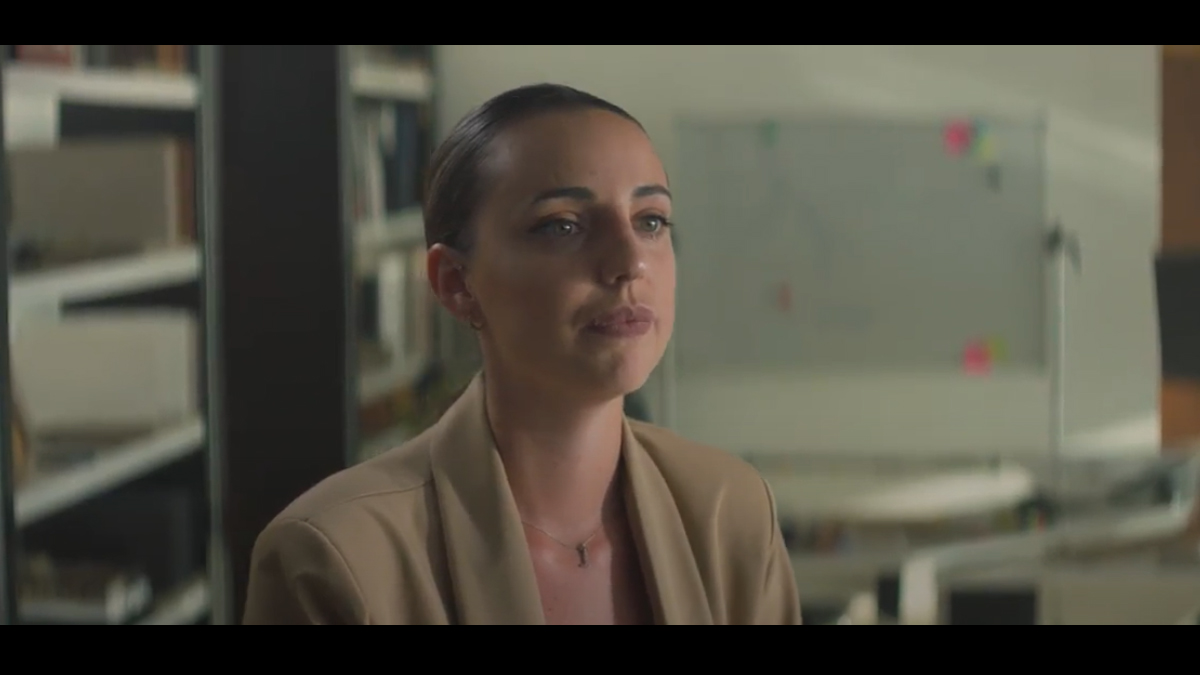 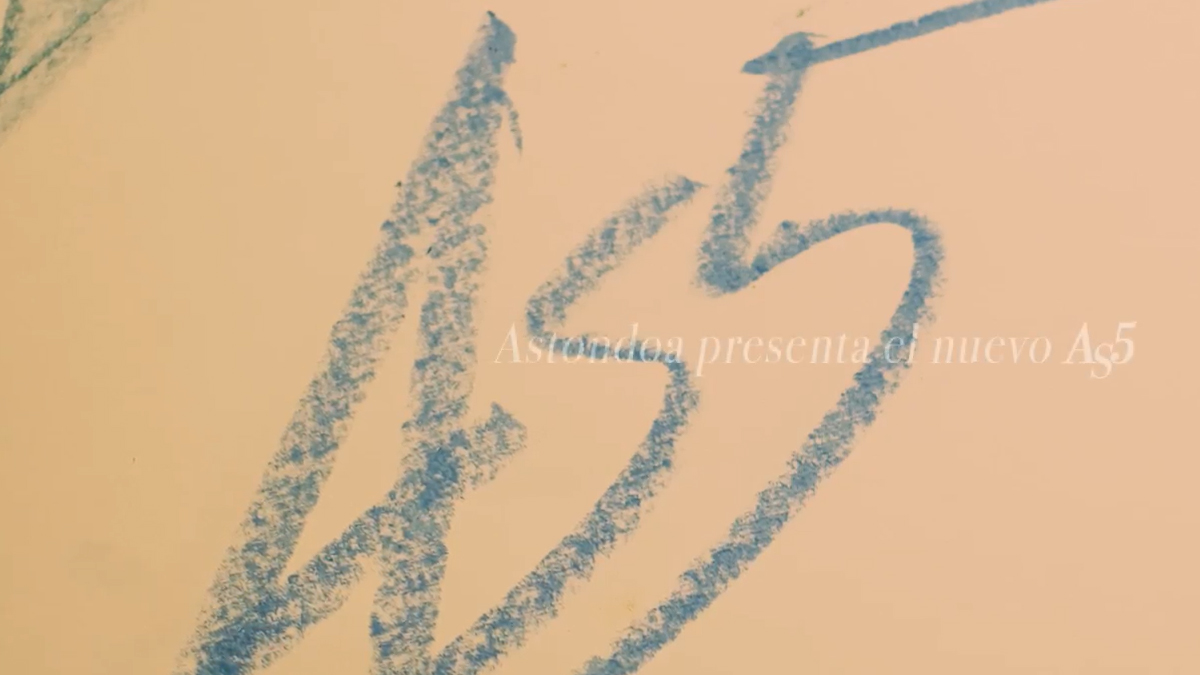 “With this film of the new As5 we wanted to pay tribute to the memory of our “aitite”, Jesús Astondoa Santamaría, who bequeathed us his passion for work, effort and yes, of course, for making the most beautiful boats. It couldn’t be any other way, it lives within us”, says Ione Astondoa, the shipyard’s marketing manager. 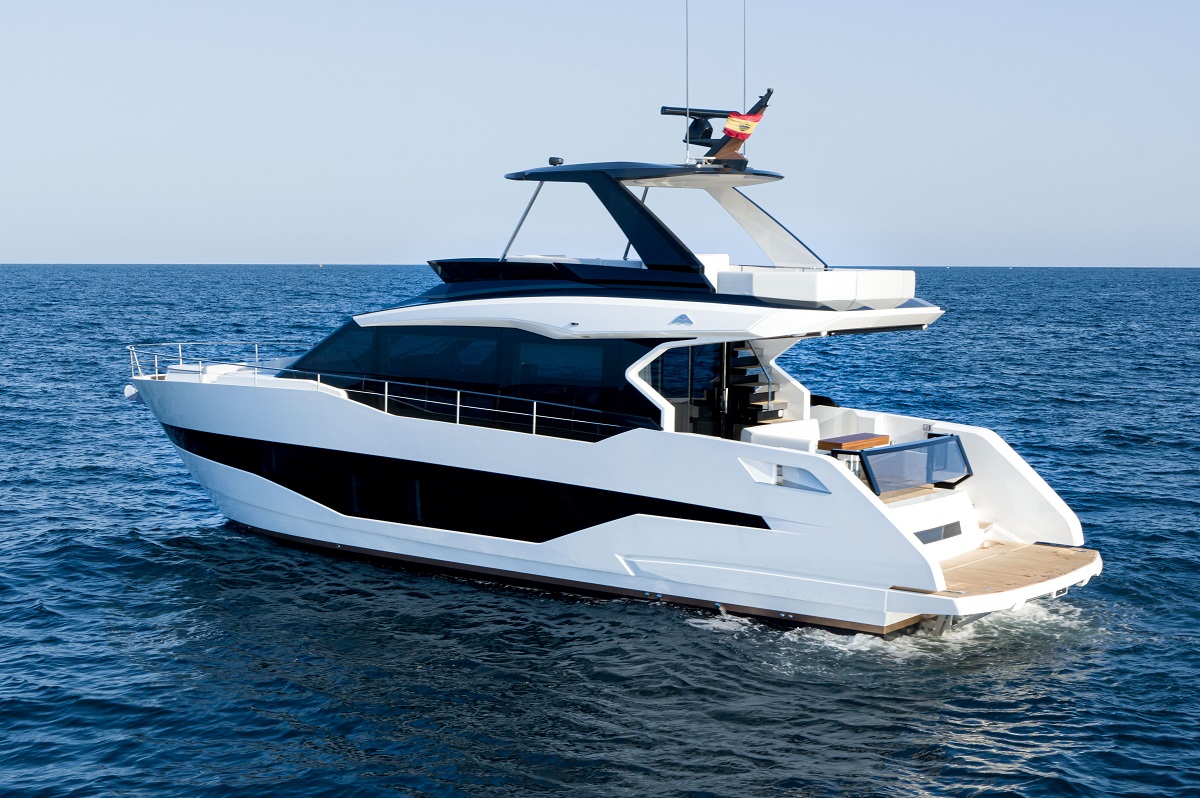 The As5 makes its world premier today at the first of the autumn boat shows, the Cannes Yachting Festival, where the shipyard will also screen the film of its launch.

This second model in the innovative As range inherits the personality of its predecessor, the As8, to satisfy a sailor looking for luxury, sporty character and contemporary design in the segment of lengths of 57 feet. Once again, the Shipyard’s design team excels at successfully adapting all the attributes of a large yacht on a mid-length cruise ship.

The As5 is the result of the combination of the new contemporary design -developed by ASTONDOA for this range-, style and “color & trim” with the handicraft and timeless manufacturing that distinguishes this century-old brand. 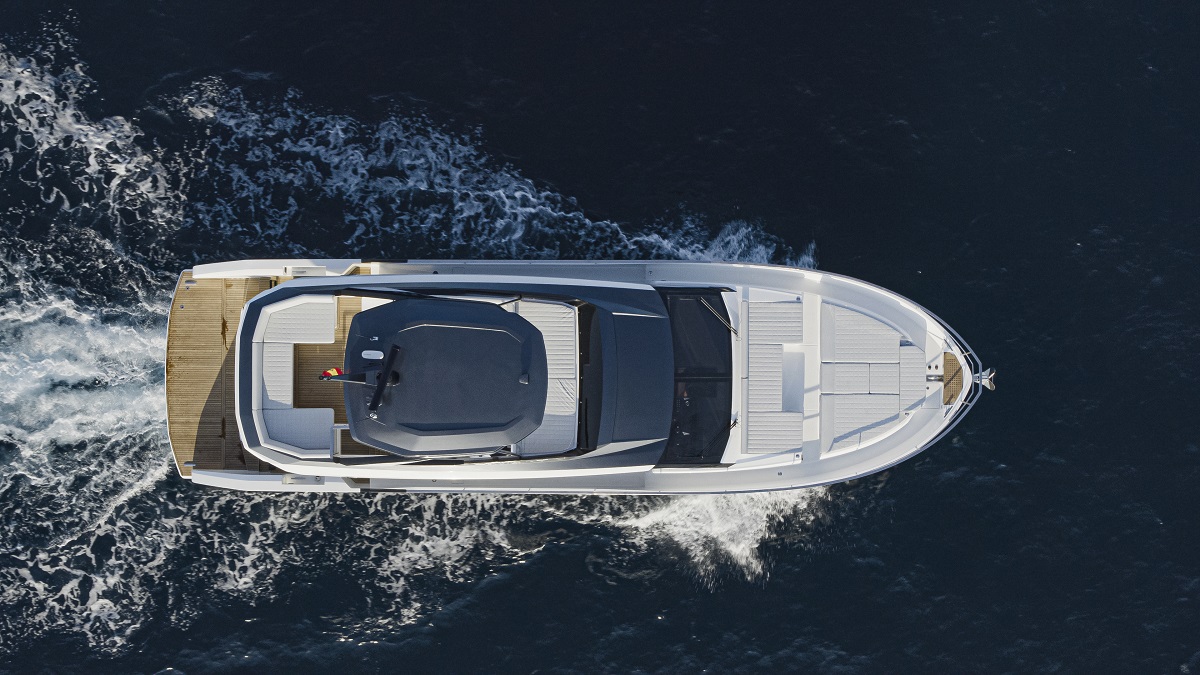 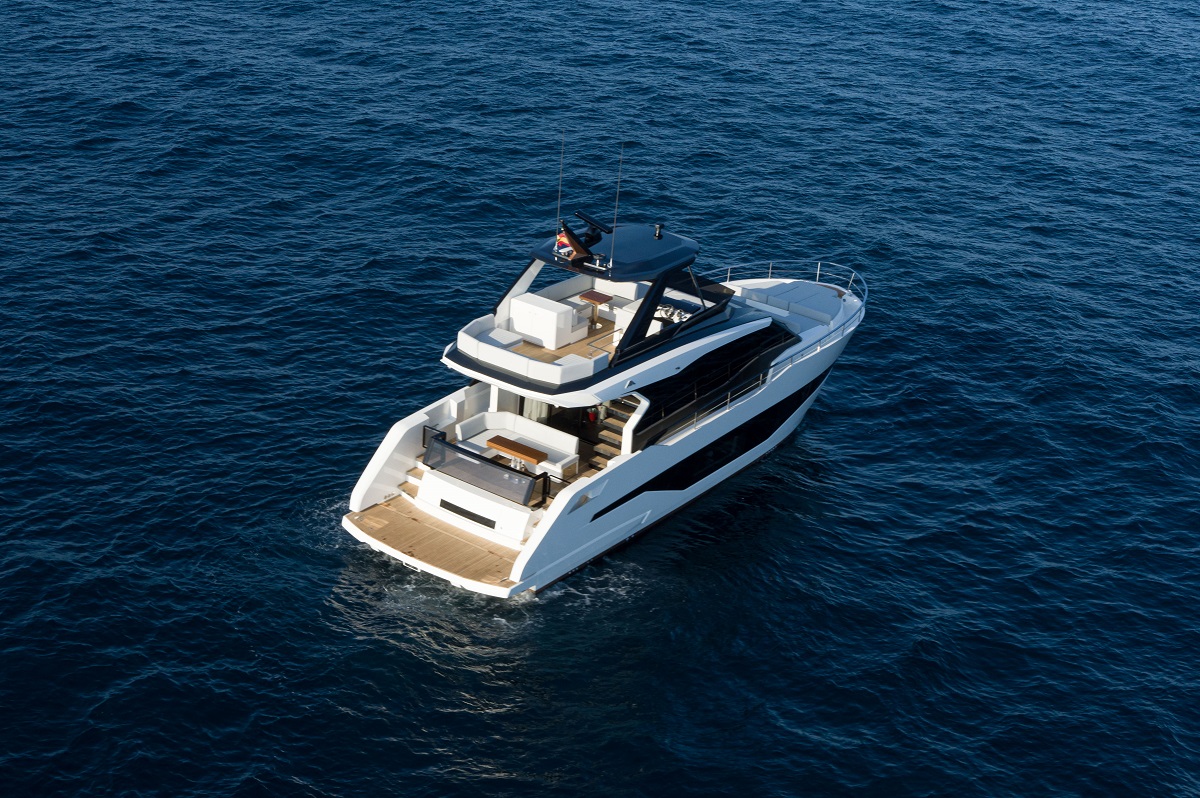 Unique, like each ASTONDOA yacht, the As5 is now the greatest exponent of customization, offering multiple configurations to suit the owner. You can opt for a sportier version without a hard top, or with it if the customer prioritizes elegance and practicality.

The interior design of the As5 represents a twist on ASTONDOA’s handicraft techniques in which sporting details and elements have been integrated into this model that surprise at first glance. 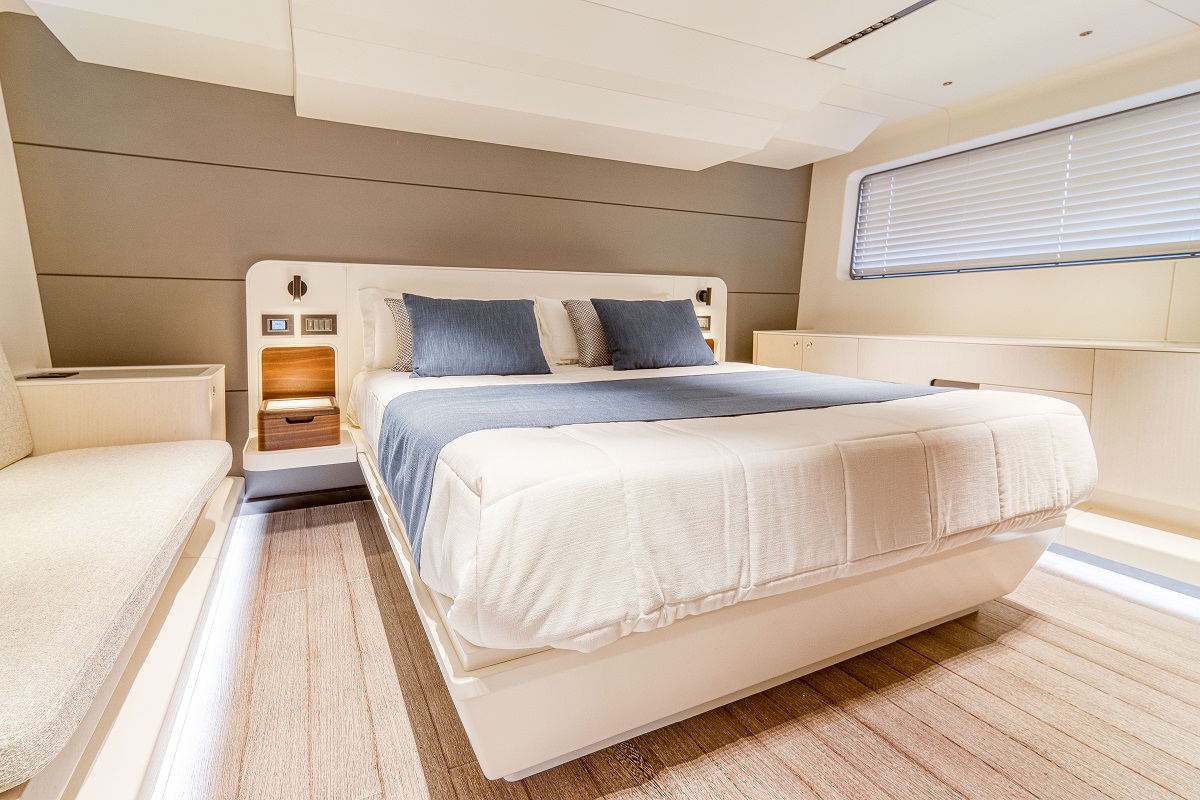 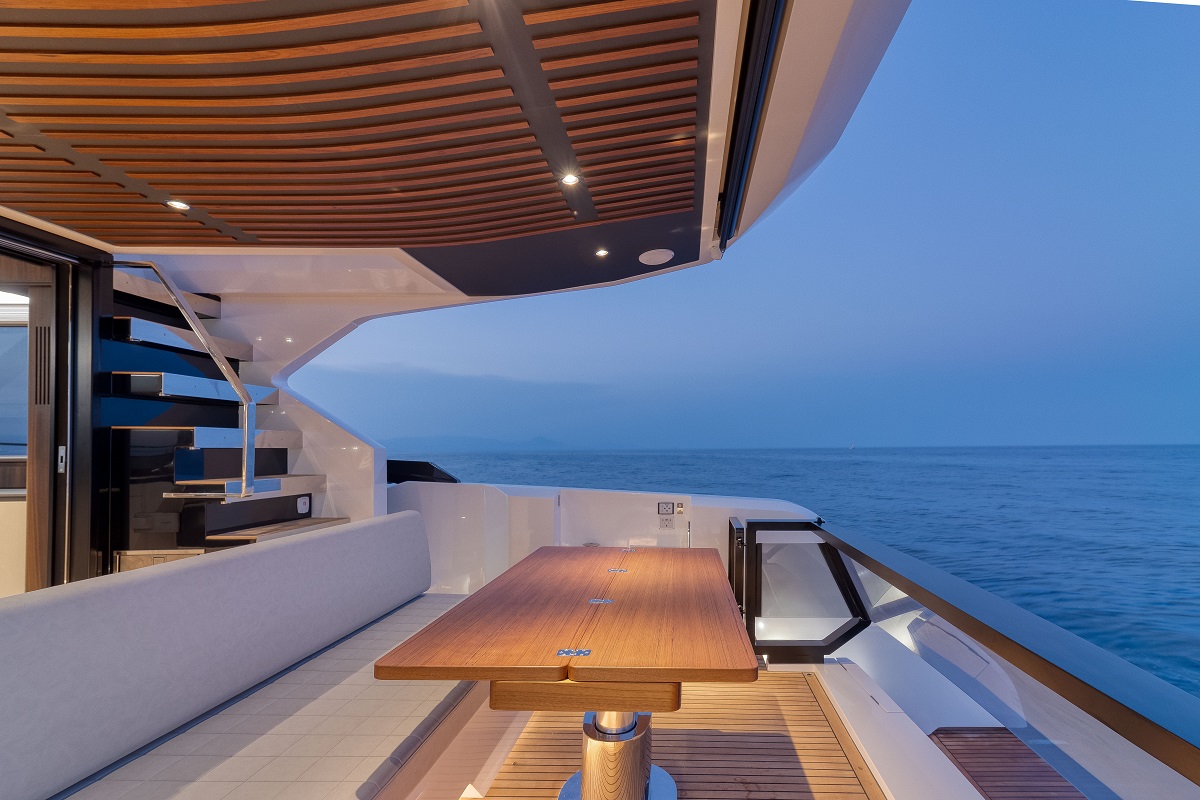